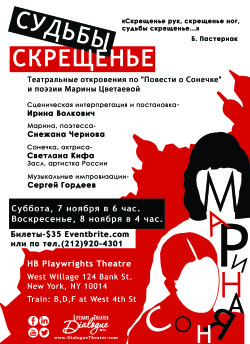 A play based on Marina Tsvetaeva’s masterpiece Tale of Sonechka, the tale about love, theater, and revolution, centered on a tragic couple: a poet and an actress, Marina Tsvetaeva and Sonechka Golliday. The play is set in Moscow and Paris of 1919-1937.

Music by Mozart and Shopen

Scripted and directed by Irina Volkovich 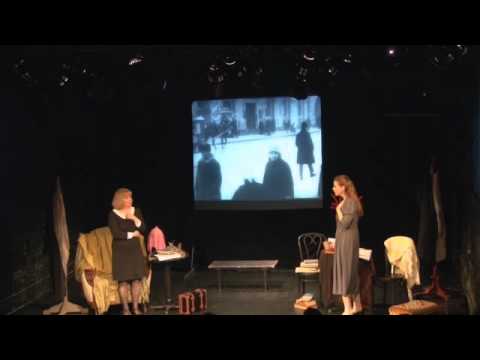